Ivory triptych; in the centre, the Assumption of the Virgin surrounded by emblematical devices and label scrolls on which are written Latin inscriptions being encomniastic liturgical epithets; on the wings, St John the Baptist, St Francis of Assisi, St John the Evangelist and St Anthony of Padua. The tops of all three wings are scalloped, and the edges moulded. Inscriptions are on the scrolls. The subject, known as "Tota Pulchra", is derived from images of the Virgin of the Immaculate Conception. The Virgin is surrounded by appropriate symbols. The wings of this miniature triptych depict St. John the Baptist and St John the Evangelist (above), and St Francis of Assisi and St Anthony of Padua (below). The frame is distinctively Chinese. Similar reliefs were carved in Canton and in the Philippines by Chinese sculptors for the Spanish market. A relief close in style and subject, similarly showing the Tota Pulchra, was on board the Santa Margarita, a Manila galleon bound for Acapulco, which was wrecked in 1601, some of whose cargo was excavated from the Pacific Ocean in 2006 by Jack Harbeston and IOTA Partners. The date of the Santa Margarita wreck implies that the subject was being carved in this format in 1600, and the form is likely to have continued in the following years, giving an approximate date span for the present piece.

Purchased from Don Jose Calcerrada, Madrid, in 1863, for 50 francs, by John Charles Robinson 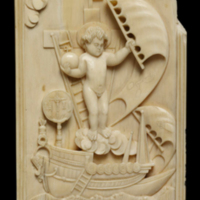 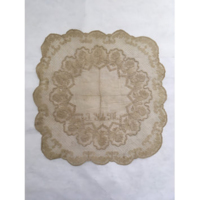 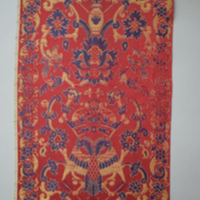 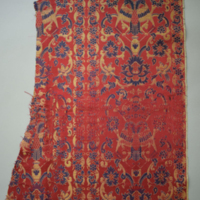