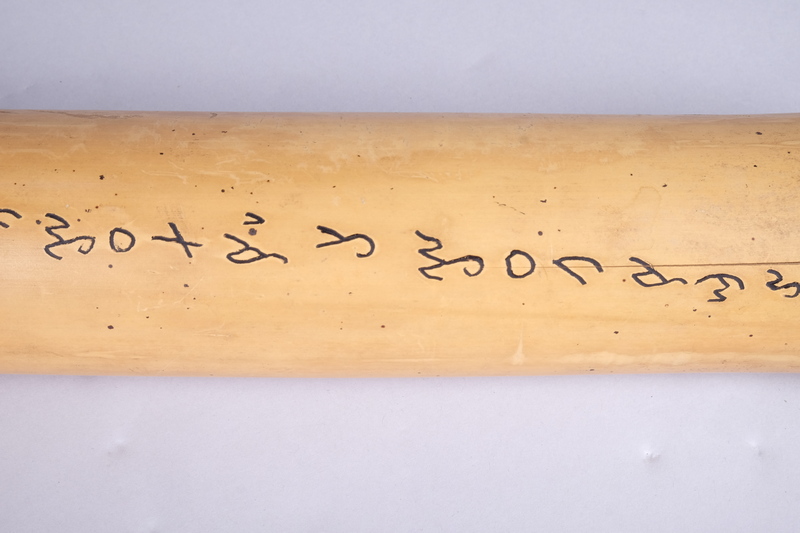 On October 26, 2021, MPMC, in collaboration with the RJM Museum of Cologne, met together with a group of Tagbanwa scholars and cultural originators for an online interactive workshop in interpreting Tagbanwa inscriptions on a 1906 bamboo vessel stored at the RJM Museum in Germany.

The characters, in rough sequence reads:

There appears, however, to be a spatial clustering of the characters based upon how they were etched. The first two 4-character-sequences (in the “first” and “second” lines) form a sort of four-syllabic couplet, "ka-wa-ya-pa" and "ka-ku-li-ba".

B. Second, reading the script entails constructing guiding constraints based upon ethnographic and historical data. Taking a cue from what appears as a measured type of poetry with parallelism/multiple-pairings (prevalent in the Philippines and Southeast Asia), the simple syllabic transcription would be:

Using both Central Tagbanwa and Tagbanwa Calamnian dictionaries and sample texts, the following are the word-forms that could fit into the grouped syllables:

C. Third, the medium is as important as the script-form. For one, the orientation of the Tagbanwa characters as embodied in its traditional medium (on bamboo) as reported by Marche has rotated 90 degrees when the writing was transferred to the medium of the paper (Romualdez). Because the state of our Tagbanwa/Philippine script studies is as yet in its ancillary phase, two theoretical points should be underlined:

(a) that it is important to delve deeply into the question “what is it to ‘write’ and ‘read’ before the advent of colonial, pueblo-based alphabets?”; and

(b) that it is important to construct and work with explicit constraints when doing transcription and reading of this kind of object-with-script at hand.

View the full video of the workshop here » 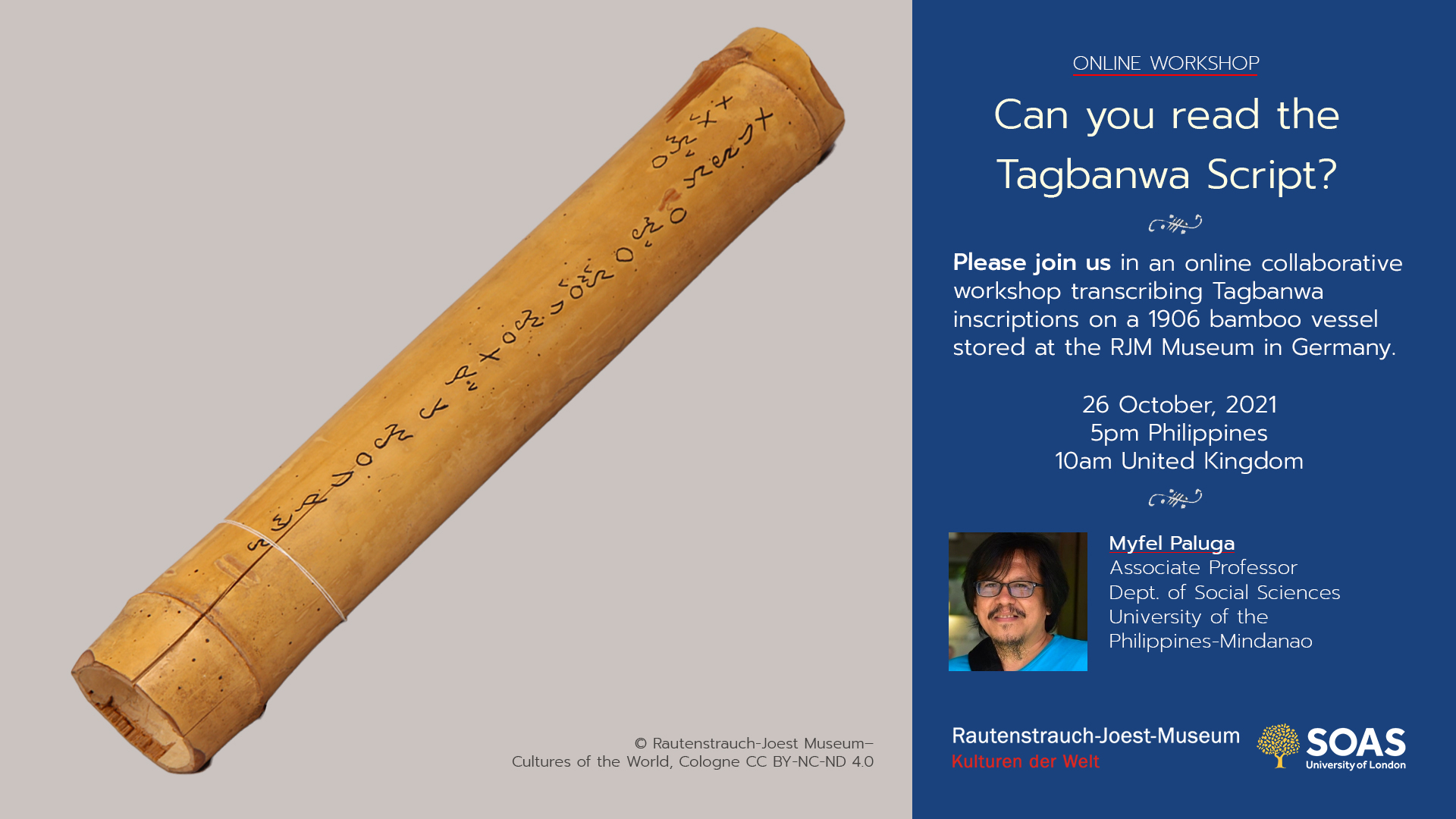