Cultural heritage of the Philippines in the collections of the Rautenstrauch-Joest Museum – Cultures of the World, Cologne, Germany 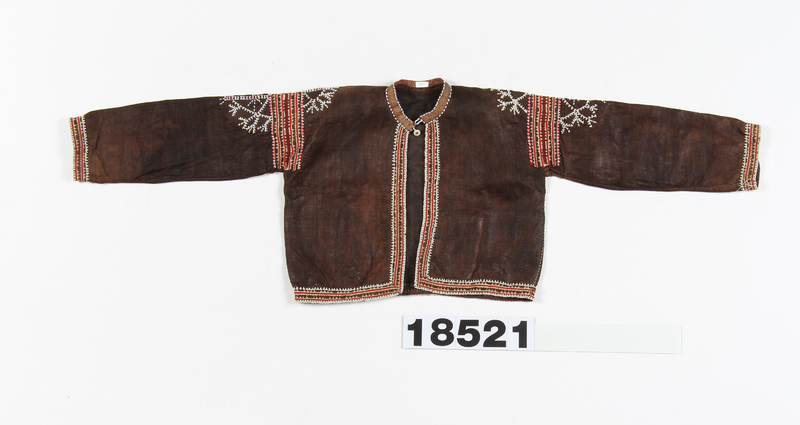 The history of the Rautenstrauch-Joest Museum – Cultures of the World [www.rautenstrauch-joest- museum.de] (RJM) begins with Wilhelm Joest (1852-1897), who compiled an extensive ethnographic collection during several journeys at the end of the nineteenth century. As the son of a wealthy sugar manufacturer, he was able to travel at an early age. His scientific career began with his trip to Asia from 1879 to 1882. When he passed away his sister, Adele Rautenstrauch (1850-1903), donated his private collection to the city of Cologne and financed a building for the RJM, which opened in 1906. 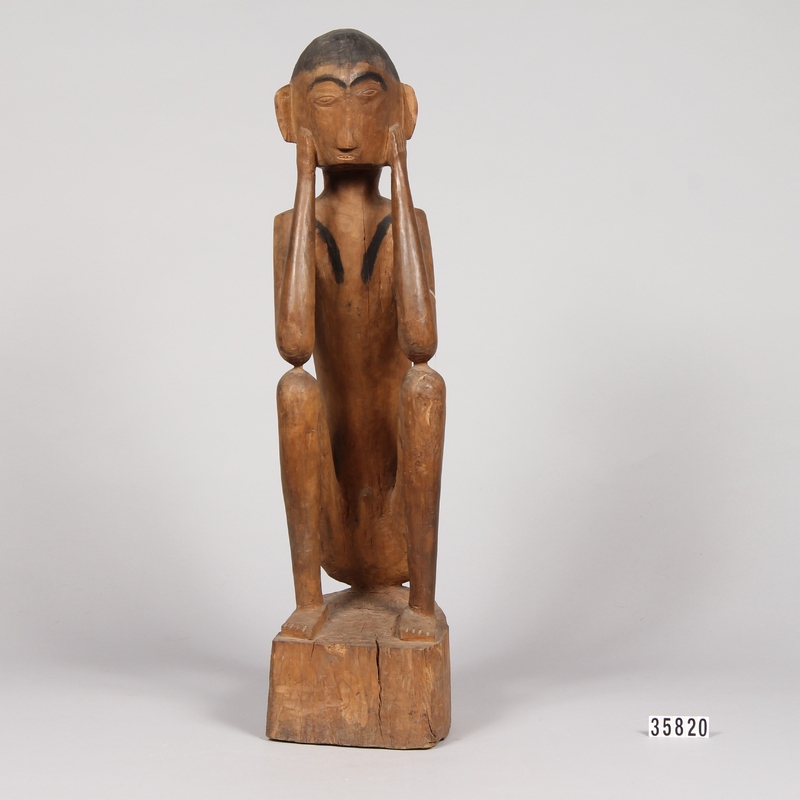 Ancestral figure
The approximately 3,500 objects also included items from the Philippines that Joest had collected on Luzon in June 1880, as well as at auctions. Nine pieces from his collection, mainly weapons, are still in the RJM's holdings today. Joest met José Rizal in Germany (probably in 1887), and in 1888 published an article about him in a Cologne newspaper. We know that Rizal and Joest were in contact with each other, as a letter dated 1894 has been preserved.

The founding history of the RJM thus coincides with the heyday of European expansion and colonialism. Today, the collections comprise about 65,000 objects and around 100,000 historical photographs from Oceania, Asia, Africa and the Americas. According to the current state of knowledge, this includes around 370 objects from the Philippines. Of these, about 200 are attributed to the Luzon archipelago, 90 to the Mindanao archipelago and 10 to the Visayas.

Almost 170 objects are from the collection of the entrepreneur and traveller Georg Küppers-Loosen (1860-1910). He probably acquired them in situ in the Philippines. In addition to objects for everyday use, this collection also includes clothing, jewellery, carved spoons, an ancestor figure, weapons and shields, as well as the only object with script (RJM-18460).

Küppers-Loosen was a board member of the German Colonial Society, the Cologne Art Museum Society and the Musical Society. He had a very close connection to the RJM and was for many years the vice-chairman of the Friends of the RJM. Although he was a prominent member of Cologne's urban society, unfortunately not much is known about his career or about specific collecting contexts on his travels. In addition to objects, Küppers-Loosen also brought photographs from his travels.

Between 1906 and 1907 he acquired over 3,700 photographs from the American colonial authorities, which were critically reviewed in a project at the RJM in the 1990s. In addition to a comprehensive publication (1) the results were presented in an exhibition at the RJM in winter 2000/2001. Since 2020 the photographs have been part of a project by the Filipino artist and human rights activist Kiri Dalena, which was initiated as part of the special exhibition “RESIST! The Art of Resistance” [www.rjm-resist.de]. The exhibition highlights 500 years of anti-colonial resistance in the Global South. "I hope that by returning to and rewriting these photographs, I can contribute to the articulation of a living resistance." Dalena writes in the summary on her project, in which she works with artists Lizza May David and Jaclyn Reyes.

In addition, the RJM has received about forty objects, probably through the formerly customary exchange of duplicates, from the former Rijks Ethnographisch Museum te Leiden and the Museum für Völkerkunde in Berlin. Just under twenty objects, mostly weapons, were acquired from art and ethnographic art traders. Which collections the items originated from before the takeover or purchase by the RJM has not yet been researched. Numerically smaller donations and purchases came to the RJM via private collectors, businessmen and also military personnel. The provenances of the holdings from the Philippines have not yet been systematically revised. 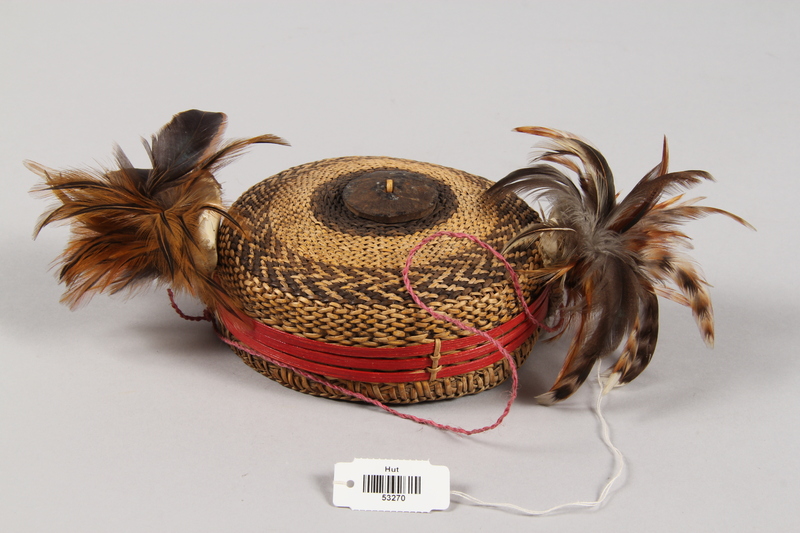 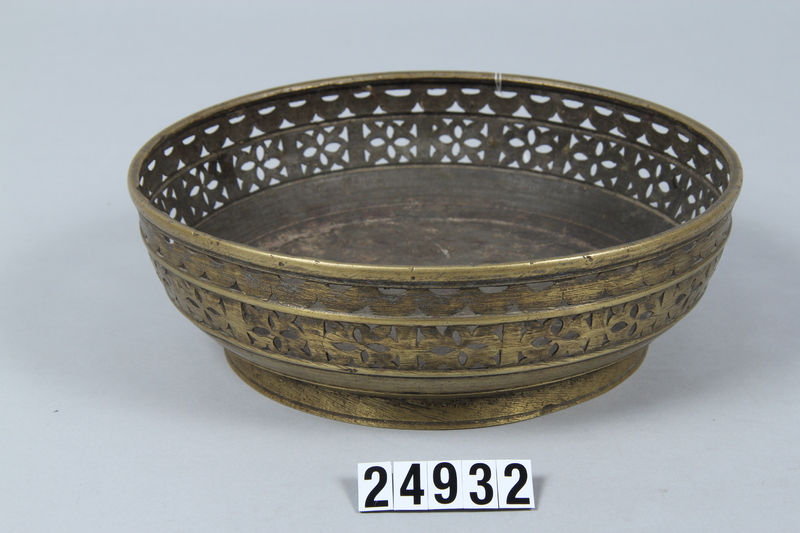 (1) Rohde-Enslin, Stefan. 1999. Sammlung, Stereotyp und Struktur: Fotografische Stereotypisierungen im Kontext Kolonialer Ethnografie. Die Fotodokumentation des Bureau of Science aus der Frühzeit der US- amerikanischen Kolonialverwaltung in den Philippinen. [Collection, Stereotype and Structure: Photographic Stereotyping in the Context of Colonial Ethnography. The photographic documentation of the Bureau of Science from the early period of the US colonial administration in the Philippines.

*Sonja Mohr studied cultural anthropology, Indonesian philology and musicology at the University of Cologne, Germany. She has been coordinating provenance research at the RJM since 2017, and has been Head of Collections from Insular Southeast Asia since 2018. In 2020, she also took on the coordination of a working group on sustainability at the RJM. Her main interests include urban spaces and environmental issues.

Browse 359 Items in this collection.