Fig 1. Carved ivory, with traces of colour and gilding. Victoria and Albert Museum
The religious ivory images included in this exhibit are impressive for their excellent quality and creative innovation. The accompanying museum data for the objects cites either Manila or China as the place of manufacture and identifies the carvers as Chinese. While I am not disputing these assertions—I am aware that the attribution of ivory carvings to Filipino carvers, even in Philippine holdings, is subject to contention and conjecture—I would, nevertheless, like to speculate on how the situation of mixed origins evolved.

Colonialization in Asia went hand in hand with evangelization to Christianity and mercantilism that fostered the galleon trade and country trade. In turn, these events created great movement of people, precipitating contact with different cultures that facilitated exchanges and borrowings of ideas. For Southeast Asia, this was nothing new.

Some religious ivory items in this inventory reflect this phenomenon. I refer in particular, to the “Ivory Madonna” from the Victoria and Albert Museum. (See Fig 1).

This item is tagged “Ivory Madonna”,(1 )and is cited as being made in Manila but attributed to a Chinese sculptor. Undoubtedly, the carver was Chinese, and there is evidence that it was done in Manila.

In 1591, Bishop Domingo Salazar, O.P., reports to Philip II that carvings of the Child Jesus were being done at Manila’s Parian, a place of confinement for Chinese aliens.(2) The first Parian was located inside the Walled City (Intramuros) by the Pasig River, a short distance from the Dominican monastery. Two years later, a Chinese carver in the Ilocos carved the heads of Nstra, Sra. del Rosario “La Naval” and the Child Jesus.(3) Other than these dates, I have not found explicit mention in archival records of Chinese sculptors or carvers, except for the year 1775, when nine sculptors were registered in the tax roll.(4 )The Victoria and Albert Museum Ivory Madonna fits into this period. 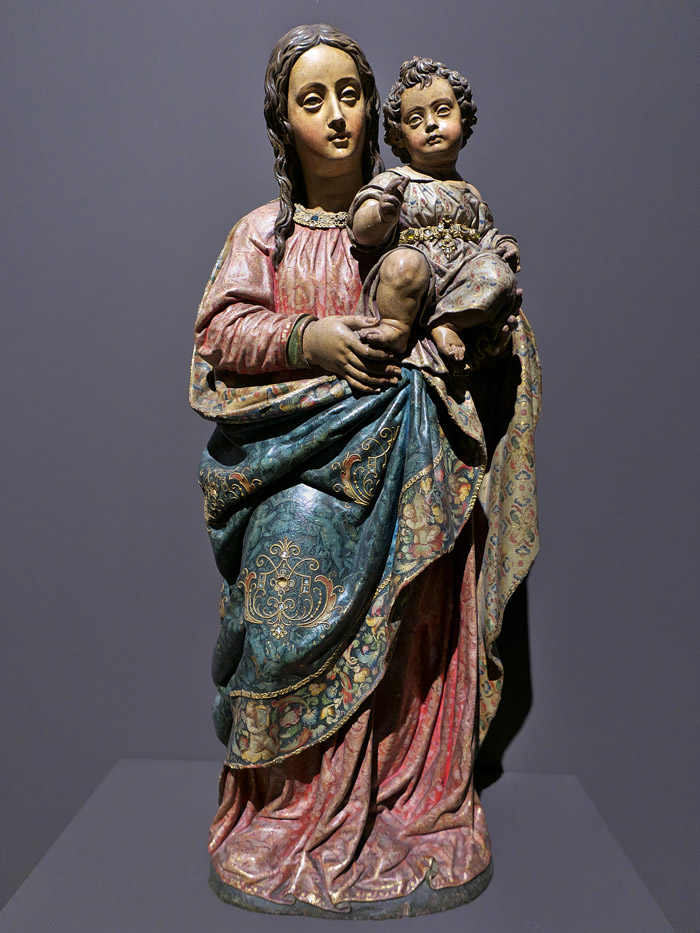 Fig 2. Virgen con el Niño, Juan Martínez Montañés (ca. 1610) Private Chapel Eucharistic Monastery of San Isidoro del Campo, Santiponce)
There are enough characteristic traits found in traditional Chinese carvings that are evident in this Madonna to be able to say with certainty that the carver was Chinese. In particular, the eyes the heavy lids and the fleshy earlobes. In addition, there is the veil dipping at the center with accentuated folds on either side, the long gown covering the feet, and the gold gilt on the hair of Mother and Child.

Conversely, there are certain non-Chinese elements that indicate borrowed influences. For example, the striated tresses resting on the shoulders; the Mother’s gesture of holding the foot of the Child, adopted from the works of the Spanish sculptor Juan Martínez Montañéz; the wavy hair of Jesus fringing the face; and the styling of the garment. Such practices were already ingrained in both ivory and wooden Philippine santos (generic word for carved images of saints) contemporaneous to this Madonna. Could the carver not have imbibed these influences in Manila? One telling detail not shown in the photograph is the crease or tuck-in detail at the back of her garment. This peculiar trait was already present in two ivory artefacts recovered from the wreck of the galleon Santa Margarita that sunk in the Marianas in 1601.5 Moreover, since all the work done in the early colonial period was commissioned, it may be assumed that the taste and preference of the clients crept in. 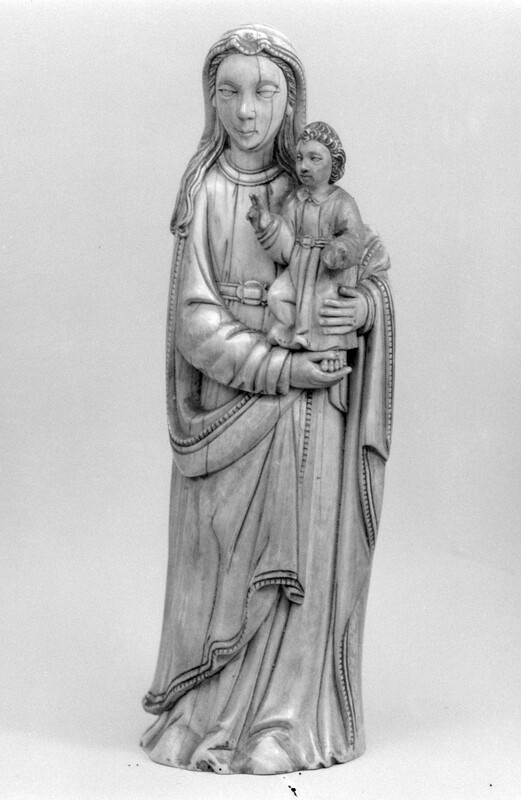 Fig 3. Madonna and Child. Metropolitan Museum of New York
In comparison, this Madonna and Child of the Metropolitan Museum of New York (See Fig 3), is less intricate. Traces of influence in the carving come from another source—Goa or Sri Lanka. The face of the Virgin is heart-shaped, the lids less heavy. Her gown is simple with few straight folds; her mantel lacks the sinuous folds of the VAM Madonna, whose artfully gathered mantel, tucked under the left arm, create a dramatic ripple effect. On the other hand, the utter simplicity of the carving of the Met’s Madonna, has lent her a quiet charm.

Resemblance to the headdress worn by the Chinese Madonna is slight. The decorative crease on her headdress is already far removed from the original Buddhist element of the ushnisha (top knot). The mantel is loosely worn, the better, perhaps to show off the beadings edging the cloth. One shod foot is revealed beneath the hem of the gown that is slightly pushed off the ground, creating a slightly angular pattern. The other foot remains hidden. Later development in Philippine imagery shows both feet beneath the raised angular folds of the hem.The last of these traits was already firmly entrenched in Philippine santos, both in wood and ivory models. The beaded edges common to Goanese statues were obviously borrowed as a design motif. She carries an older Jesus who is clothed in a loose shirt with point collar. The Child nestles in her arm, a foot cupped in the Mother’s hand— a detail commonly featured in local carvings of Mother and Child. The Christ Child sports the skullcap hairdo with curly fringe framing the face.

It may be said that the Jesuit Antonio Sedeño’s painting lessons jump started the development of an iconographic tradition in the Philippines. Doubtless, these early paintings copied European models adopting the styling of drapes, mantels and robes, show how they were worn. Expression on the faces, the stance, and placement of hands were copied from statues in religious holdings, or from pictures and illustrations in books. Father Pedro Chirino, S.J. mentions in his chronicles that Fr. Sedeño recruited Chinese “artists” to paint; he housed them in the Jesuit quarters where he taught them how to paint the images of saints, especially those of the Blessed Mother to furnish the churches and homes of the Spaniards.(6) 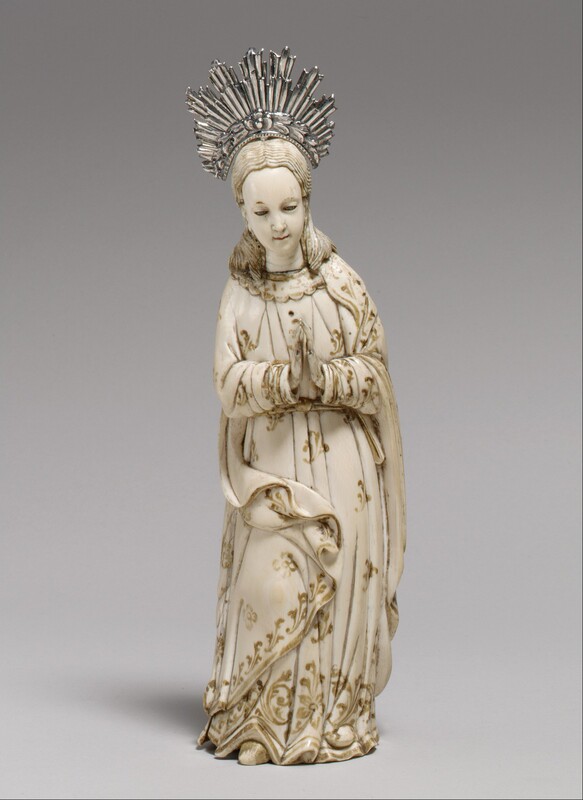 Fig 4. The Virgin of the Immaculate Conception. Metropolitan Museum of New York

The Virgin of the Immaculate Conception (Fig 3) has the most elements consistent with Philippine carvings, following Spanish models based on Francisco Pacheco’s directive, laid down in his book, Art of Painting (1649). The sculptor, constrained by the shape of the tusk, carved her standing slightly inclined to the right, hands clasped to the chest. The face is broader with a small nose and rounded nares. An added touch of realism is the folds on the neck. Once they were diagnostic of Chinese workmanship. The short hair is unusual. Apparently, the back of the head and hair were carved separately, and grafted on after the insertion of glass eyes. The lacy collar is rare in Philippine carvings, but the gold leaf floral scrolls strewn on the robe and gown were standard ornamentation. One shod foot is shown below the hemline. But note how the mantel on her right side billows against her body as though it is blown by the wind. This rather illogical trait is firmly entrenched in early Marian images. 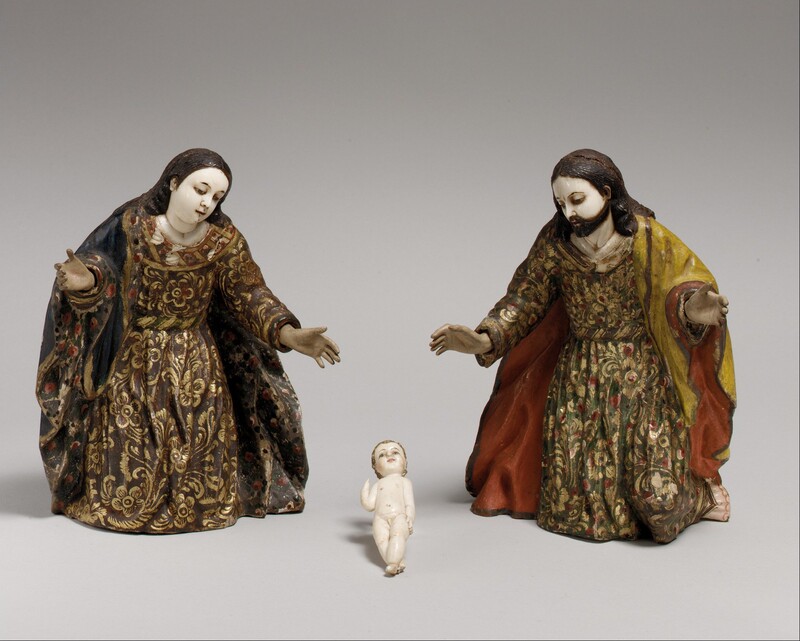 The Nativity ensemble of Jesus, Mary, and Joseph was carved in the Philippines for export. Ivory heads and hands were locally carved and fitted on wooden bodies carved in South American countries.7 Here, both the Mary and the Joseph figures have ivory heads but the wooden bodies are decorated with floral motifs using the estofado technique - common in the Americas in that period. The estofado technique required gold-leafing the area that will be decorated, covering it with paint, then incising patterns to reveal the burnished gold underneath. 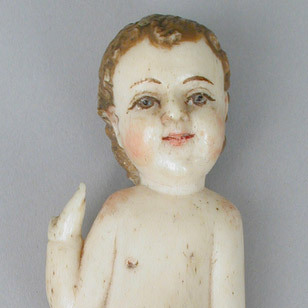 Figure 7 (Detail) Christ child from nativity scene. Metropolitan Museum of Art
This post-production practice of assemblage and embellishment for export objects is also seen in the ivory Child Jesus in the nativity scene. The lock of the Niño's hair and the shape of the body relate it to Philippine carvings. The painted face, however, is totally alien to Philippine models..

These images were products of early globalization when extensive borrowings and exchanges of cultural traits were routinely done. But over time despite the heavy overlay of influences, local preferences prevailed so that a new style emerged.


Footnotes:
1 In the Philippines, the term used for images of the Bl. Mother nursing her Child is “Nstra. Sra. de la Leche”, normally depicted, seated. The devotion began in the 17th century in Spain.

2 Domingo de Salazar, O.P., “The Chinese and the Parian in Manila” in The Philippine Islands 1493- 1898, eds. Emma Helen Blair and James Alexander Robertson (Mandaluyong, Rizal: Cacho Hermanos, Inc. 1978), vol. 7, p. 226. Other citations from this 52-vol work will simply be cited as BR followed by volume and page no.

6 Pedro Chirino, S.J., Relation of the Filipinas Islands and of What Has There Been Accomplished by the Fathers of the Society of Jesus in The Philippine Islands 1493-1898, eds. Emma Helen Blair and James Alexander Robertson, (Mandaluyong, Rizal: Cacho Hermanos, Inc. 1978), 229.

The Virgin stands, holding the Christ Child in her arms. Traces of gilding can be seen on the hair of both the Virgin and the Child. Both the figures have the remains of red pigment on their lips, and brown on their eyes. The Virgin has bared her…
2

Statuette (Sculpture-Miniature) Scholars have long observed a link between this frequently encountered composition and the beloved full-scale sculpture carved by the Sevillian Juan Martínez Montañés about 1605. However, objects found during the…
3

The Virgin of the Immaculate Conception

Statuette (Sculpture-Miniature). The pose indicates the Virgin of the Immaculate Conception. A fuller rendering of the type would feature a crescent moon beneath her feet, following the iconography drawn from Revelation. The belief was embraced with…
4

Mary (from a nativity)

Statuette (Sculpture). The ivory heads of Mary and Joseph were among the numerous such parts imported to America via the Manila Galleon trade. The style of the figures' polychromy, however, reveals that they were set into their wooden bodies in…
5

Joseph (from a nativity)

Statuette (Sculpture). The ivory heads of Mary and Joseph were among the numerous such parts imported to America via the Manila Galleon trade. The style of the figures' polychromy, however, reveals that they were set into their wooden bodies in…
6

Child Jesus (from a nativity)