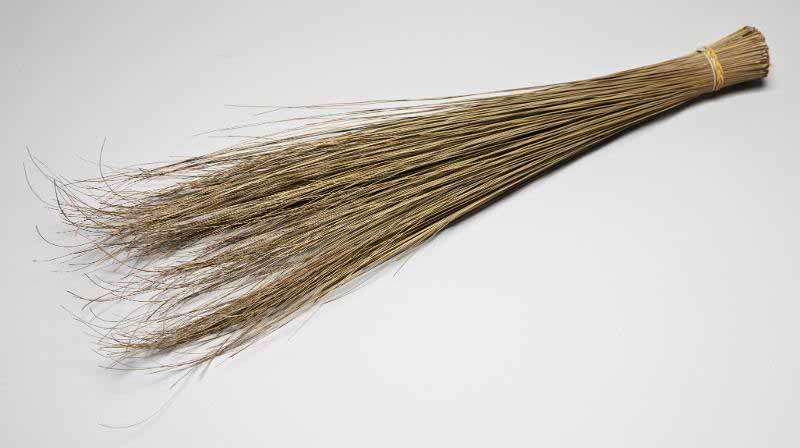 Stick broom (walis). Dated 1884. Acquired from Stolpe, Hjalmar (1841 - 1905), who purchased several items from the Tagalog village of Cabcaben in the Mariviles mountains.. Museum of Ethnography Stockholm

On exhibit is a bundle of long ribs of the coconut frond, stripped of its leaves, held in place by a woven ring of rattan. The thing is ubiquitous in lowland Philippines to this day: the broom made of the thin, slightly pliable ribs, each of which tapers to a tendril at the southern ends. Cocos nucifera itself is omnipresent in a tropical archipelago of more than 7,000 islands—whose peoples recall June 12, 1898, 123 years to the date of this writing, for the declaration of independence from Spain.

The rattan of the ring is less present in a country stripped of its forests over the same century since that declaration. Rattan is a collective term for a number spiky species of forest cane; each variety of each species having a unique spiral pattern of spikes. Since the forests did exist until fairly recently, the woven ring also used to be a fact of life. As in this example, the rattan’s spikes, too, have been stripped from the cane. In larger woven circles, it was holder for the round-bottomed earthenware pots, or armature for ties for bamboo water containers; or, in the thinnest versions, as circular amulet ties around legs under the knees. 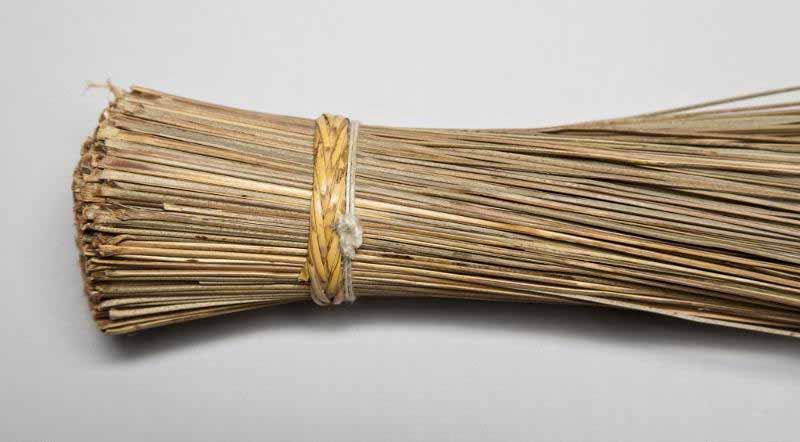 This is the Philippines’ emblematic walís tingtíng, rib broom, found in every Filipino household, including those using the vacuum cleaners that relegate this survival of an older Philippines to the backrooms and grounds. It also occupies a perhaps important space in the imagination of the majority of Filipinos, not just as a sign of the fastidious daily sweeping that is the mark of a well-managed household, hovel or mansion. The walís tingtíng seems to last forever, no matter how many ribs slip away. There is a funnily mysterious quality about its longevity: left-over tines held by the hand still works.

The broom on exhibit is silent and redolent of vague meaning, residing as it does in Stockholm, Sweden. It has been there far longer than the declaration of Philippine independence. Having arrived in 1885, it belongs to a remarkable number of other objects, at the Världskultur Museerna Etnografiska Carlotta of Sweden. The 7,500 ethnographic materials were the scientific treasury of the global expedition of the Swedish ship Vanadis that took place from 1883 to 1885; and whose expedition members included Sweden’s Crown Prince Oscar Carl August Bernadotte. During its foreign residency that started upon storage in Stockholm, the walís tingtíng was separated from the hundreds of thousands in the Philippines that are as ordinary—or as labored—as breathing. 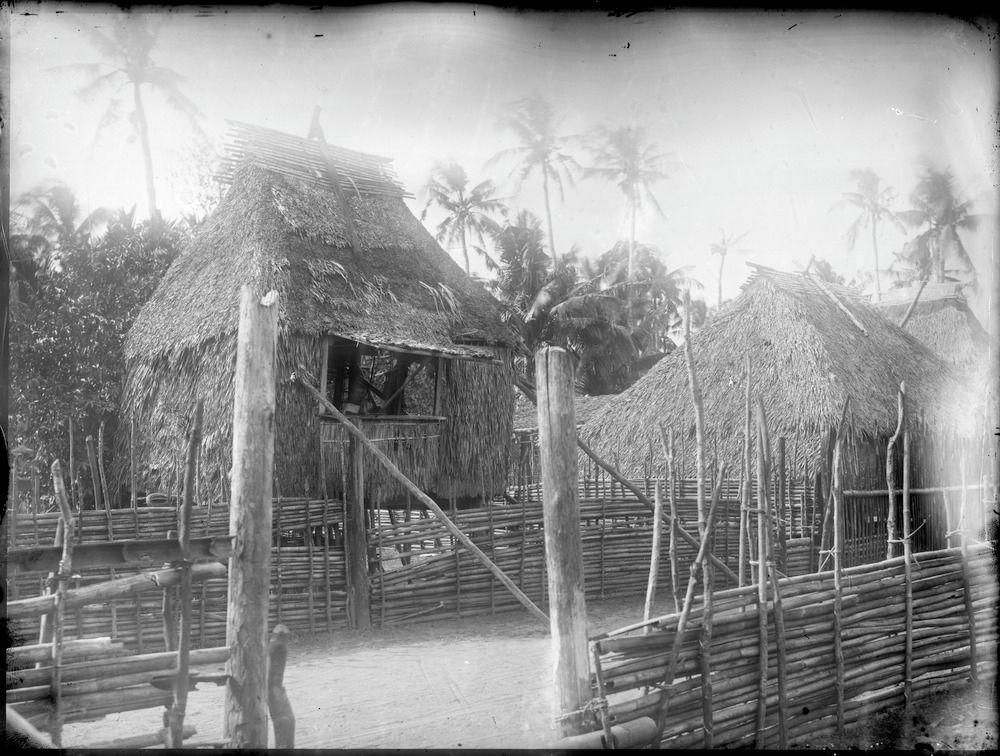 One of twenty photos of the village of Cabcaben taken during the Vanadis expedition. Photo by Oscar Birger Ekholm. Museum of Ethnography Stockholm
It has philosophical dimension in home ground. In one strand of abstraction, the walís tingtíng mobilizes depth of meaning around leadership. This was semi-quantitatively figured in, among other political exercises, a series of workshops among the poor, conducted widely in the Philippines by the group [email protected] about a decade ago. This broom type kept turning up in answers to the question: what relationship do you think you should have with your leaders? Invariably, the walís tingtíng metaphor is conjured by participants to visualize the leader binding people together who would otherwise scatter. Who would otherwise be useless, they inevitably point out.

A leader—in these fora and during just-talk situations—is a tie, a unifying figure, a medium of connection, and an enabler of individual realization as part of a collective purpose. Walís tingtíng leadership is also construed as embedded in the opposite idea: the pointlessness of the rattan circle encircling nothing or no one. The rattan circle closes in around people in a community who allow inclusion within encirclement. The multiple tingtíng beg comparison to the Filipino, in their tough litheness and inherent proclivity to fall apart.

It is in any case an elegant articulation of leadership, which has however been muted in Philippine political life over the last decades. The sentiments that produced the Philippine republic a century ago, are inaudible amidst loud noises shoring up leadership as patronage; or as the metaphoric iron fist; or as the leader self-proposing as divine gift to a citizenry thought to need a messiah. These variants of centralized authority are contrary notions to the wisdom expressed by the poor, in their own metaphors gathered during the [email protected] discussions, in the project called the National Initiative on Philippine Leadership. The participants offered concepts of leadership as, variously: a bee pollinating flowers; or, the arm of a leader and the arm of a citizen jointly carrying a pail of water (timbayayong). 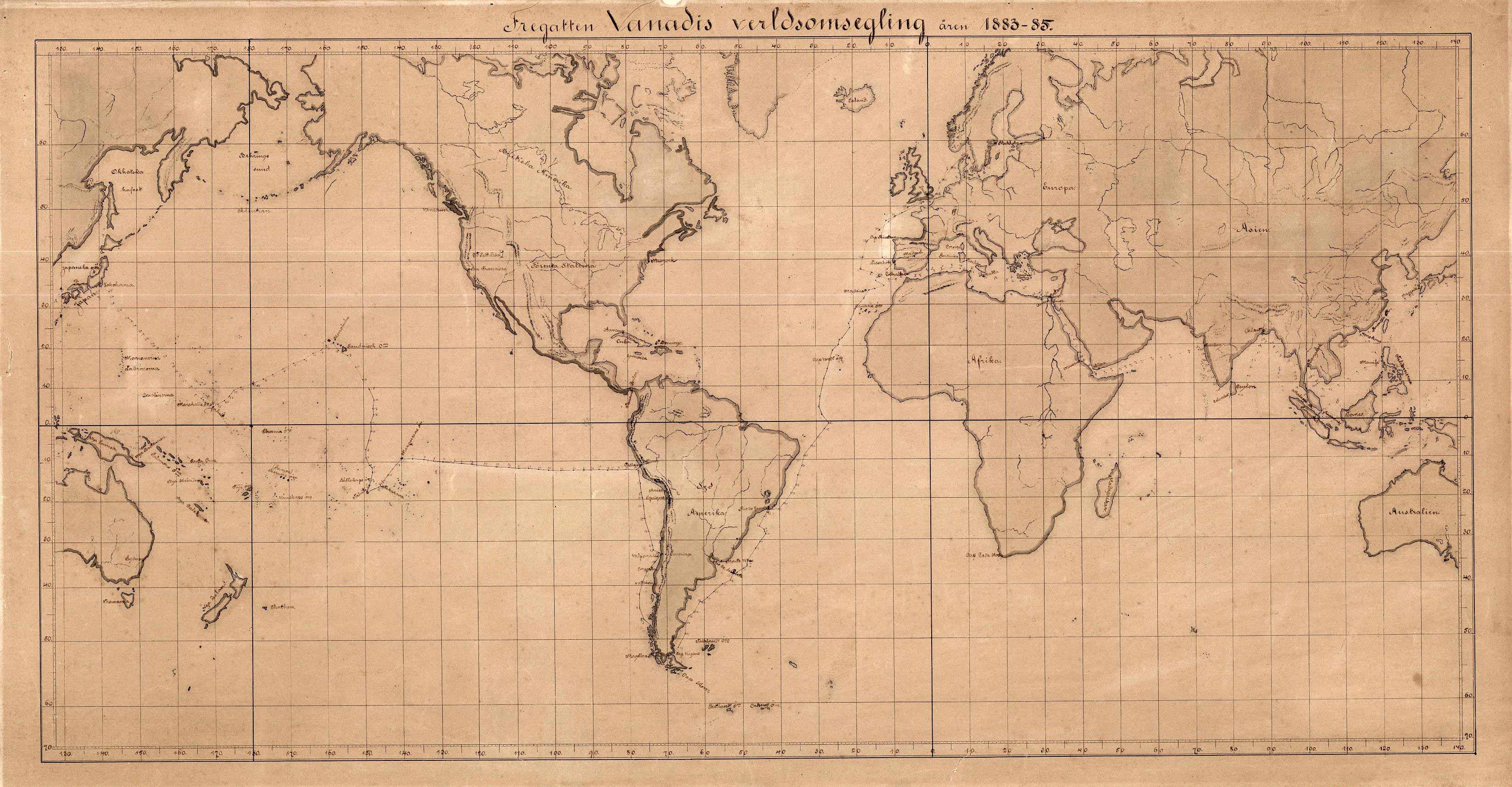 The Stockholm walís tingtíng cannot have these poignant registers of suggestion, but it can be an exemplar of mute knowledge and experience. Among the objects that caught the eye of ethnographer Hajlmar Stolpe while the Vanadis Expedition took anchor in Cabcaben, a coastal village of Mariveles, Bataan, along Manillavägen, Manila Bay—the broom joined objects from Lisboa, Rio de Janeiro, Punta Areas, Molyneux Sound, Valparaiso, Callao, the Marquesas, Papeete, Honolulu, Yokohama, Shanghai, Port Said, Aden, and so forth, to become the first holdings of the Ethnography Museum founded in 1900. The objects in storage are as though a seed bank, awaiting awakening.

But the walís tingtíng in continuous use today in the Philippines—clearing homes and gardens of debris, even if no longer sweeping up piles of fallen, dry leaves for the sweet-smelling early morning or late afternoon sigâ, the smoking of fruit trees or the smoking away of insects, creating daily the olfactory bouquet that is childhood itself to Filipinos born before the midpoint of the last century—also awaits awakening. 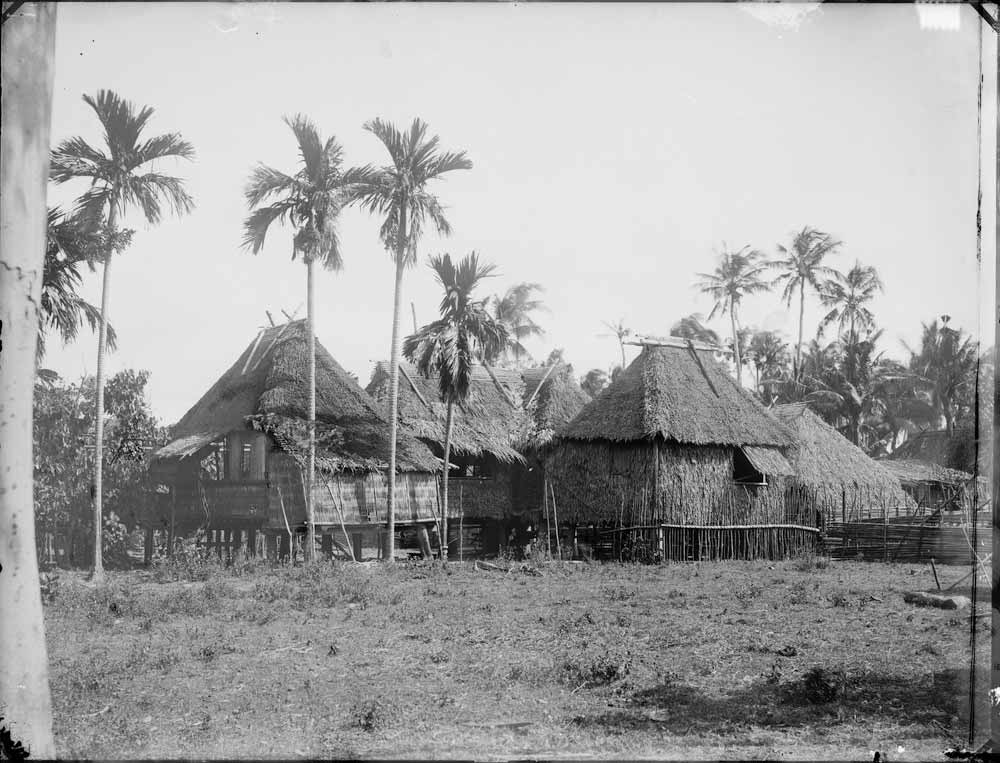 One of twenty photos of the village of Cabcaben taken during the Vanadis expedition. Photo by Oscar Birger Ekholm. Museum of Ethnography Stockholm