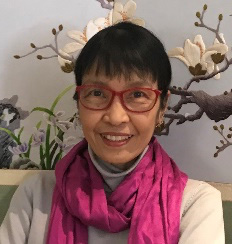 Sandra Castro is a former curator of the Intramuros Administration and Ayala Museum(Philippines), and the Chapman Historical Museum (New York). She has postgraduate degrees in museum studies and information science. Her publications include Nipis (Intramuros Administration, 1991), A Guide to the Museum of the Filipino People (National Museum of the Philippines, 2001), Art of the Cross (Ayala Museum, 2001), and Textiles in the Philippine Colonial Landscape: A Lexicon and Historical Survey (Ateneo University Press, 2018).

CONTRIBUTIONS TO THIS SITE

19th-century Whitework on Piña
“Bertha Collar. Brooklyn Museum Costume Collection at The Metropolitan Museum of Art, Gift of the Brooklyn Museum, 2009; Gift of Mr. and Mrs. Maxime L. Hermanos, 1961. Accession Number: 2009.300.2000. Made from the finest fibres of the pineapple…

Representing the Colony: The Zamora Table Service at the Louisiana Purchase Exposition
“Punchbowl made with a Taclobo clam, silver mounted base. Owner and Photo credit: Department of Invertebrate Zoology at the Smithsonian Institution’s National Museum of Natural History Acc # USNM 1454928 When a 33-piece silver-plated serving…