Lima's Isabel Flores de Oliva, born in 1586, took the tertiary habit of Santo Domingo under the name of Rosa de Santa María, reaching her beatification in 1668 and canonization in 1671, which made her the first American saint. This Creole, who died in 1617, soon became patron of the Viceroyalty of Peru, later becoming the patron of all America. Its iconography spread with great profusion throughout Spain and its overseas domains, where it became one of the most important symbols of Creole identity from an early age. This free-standing ivory figure represents her with a Dominican habit and crown of thorns, following the models with a singularized treatment of the face, where the orientalizing conventions that denote her Hispanic-Philippine origin are noted: narrowed eyes with thick eyelids and a flat nose with wide wings, together to other details, such as short hands with square fingernails. 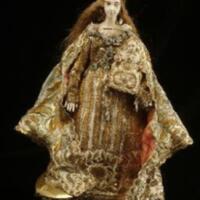 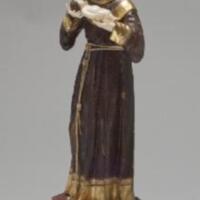 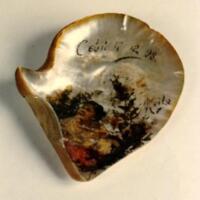 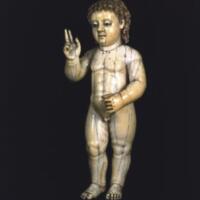