Plate in which a young man is represented with a fighting cock in his arms.

There are 18 other Tipos del Pais watercolours by Felix Martinez y Lorenzo in this collection. 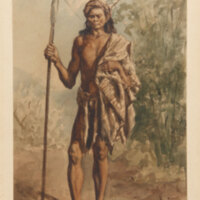 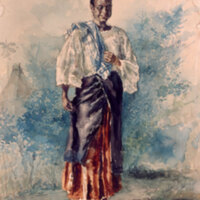 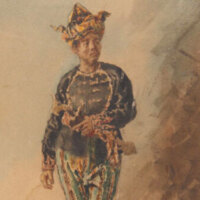 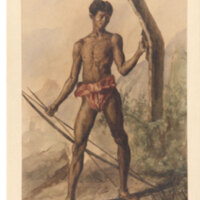