From card: "Scabbard ferruled with brass and silver; pommel tufted with horsehair. According to Mr. Ricardo B. Marasigan, Philippine Embassy, Wash., D.C., the sword, # 361,653, is a particularly important specimen because of the emblem in brass on the sword handle. This emblem, "K.K.K.", short for something like "Philippine Christian Revolutionary Army", is on a sword made by revolutionary peasants in a distinctly Moslem [Muslim] fashion and indicates the relationship between Christians and Moslems [Muslims] during the fight to free the Philippines from the Spanish around the turn of this century (1900). M. M. Brigida".

(not on display) According to card catalog HU 263 East Attic 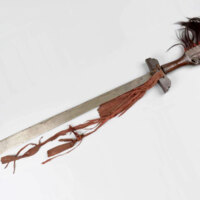 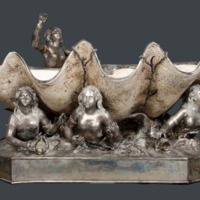 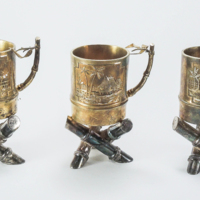 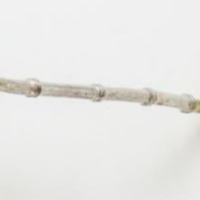