Brass potato peeler with wooden handle. The scaler itself looks like a comb without holes between the teeth. L. 24.3 cm. Nos. 16, 17 and 18 are produced on site. Nos. 16 and 18 were used only by the poorer population while 17 were still widely used in the provinces. (catalog).

An E is punched on one side of the blade. (mibo)

Translated from Swedish by Google Translate
Record accessed Dec. 2020
Edited for grammar by the Mapping team 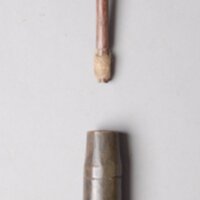 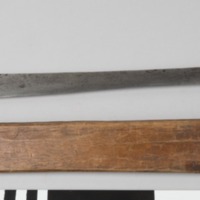 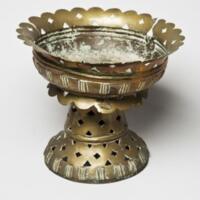 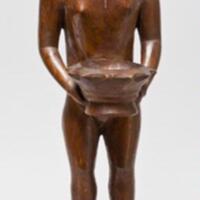