Bertha. The production of pineapple cloth is specific to the Philippines ,China* and West Indies. Woven by hand from the leaf fiber of the pineapple plant, and embellished with intircate embroidery, this highly valued fabric was fashioned into clothing and accessories that were a part of the traditional Filipino hertitage for centuries. Exportation to Europe and America started early, but became widespread during the 19th century, when it was promoted by Christian missionaries. The exported items, fashioned for both men and women, were highly prized for their beauty and novelty.

Brooklyn Museum Costume Collection at The Metropolitan Museum of Art, Gift of the Brooklyn Museum, 2009; Gift of Mr. and Mrs. Maxime L. Hermanos, 1961 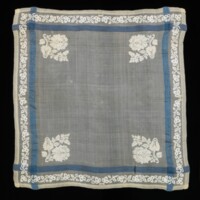 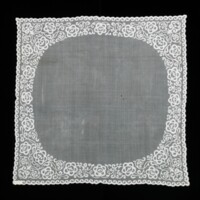 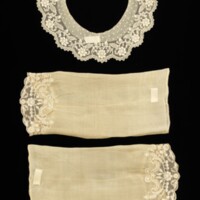 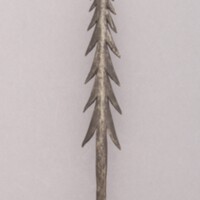