Ornaments (Metal-Sculpture). The Philippines have an ancient tradition of gold working. The existence of early mines suggests that gold deposits were already being exploited by the early first millennium B.C. Gold objects were often buried with the dead. Metalworkers fashioned gold foil covers for the eyes, nose, mouth, and other facial features, such as those seen here, which were likely used for individuals of high status. In the Philippines, this type of burial practice continued into the fourteenth and fifteenth centuries, particularly in the area of Oton in Iloilo province and on the island of Panay on the Visaya archipelago. Similar gold facial ornaments also have been found in prehistoric burials in Java, Bali, Sulawesi, and northern Borneo. 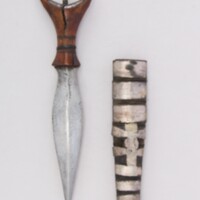 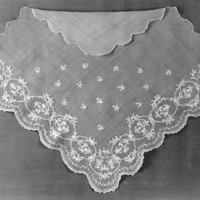 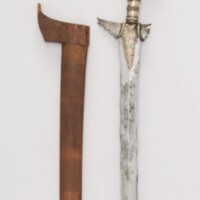