The figuratively carved wooden fork is one of a small number of cultural artifacts from the Philippines that José Rizal sent from his place of exile Dapitan (northwest coast of the island of Mindanao) to the Ethnographic Museum in Dresden in exchange for books. Such forks, reflecting European influence, were made in the north of the island of Luzon.
J. Rizal visited the Dresden Museum during his stay in Europe in 1886 and has been in professional contact with its founder and long-standing director AB Meyer ever since. At his request, J. Rizal had Zoologica and Ethnografica sent to Dresden from 1893 onwards via the chemist and explorer A. von Schadenberg, who lived in Manila. The last shipment of Rizal items arrived in Dresden on January 21, 1896. (PM, 2022) 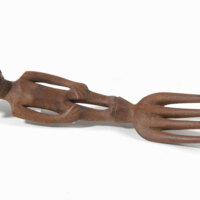 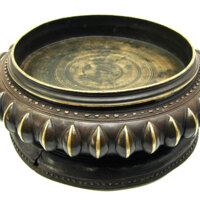 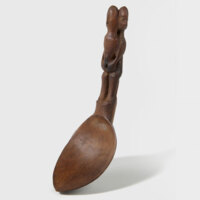 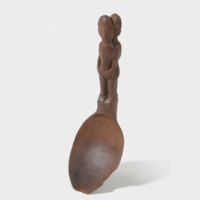