Carved ivory bust of St Francis Xavier, Jesuit missionary, on a pedestal.
Text by Dora Thornton for British Museum Magazine, Spring 2018: "The British Museum has just been given an exquisite carved ivory bust of St Francis Xavier, Jesuit missionary [1506-1552, canonised 1622] who was instrumental in the Catholic missions to India, Malaysia and Japan in the 16th Century. The bust has been presented by Molly Lowell and David Borthwick, Patrons of the British Museum. The small Hispano-Phillipine sculpture was probably carved by a Chinese artist in Manila in the first half of the 17th Century, which was then under Spanish rule. Ivories made by Asian craftsmen working to commission from Western missionaries and merchants have become an area of increasing interest and research in recent years. These ivories were often made in series, and vary greatly in quality. The British Museum’s new acquisition is however a masterpiece of individualised portraiture, and must be counted amongst the very finest Hispano-Philippine ivories to have survived.
St Francis Xavier’s curls and beard have been stylised into parallel grooves and this feature, combined with his schematic tense brow, huge almond-shaped eyes and delicate mouth revealing his teeth, is consistent with the work of Chinese carvers working in the Philippines—probably in the capital, Manila, which was established when the Spanish conquered the Philippines in 1565. This is an object produced within complex trading networks between the Spanish Philippines, Mexico and Spain. The first Bishop of Manila wrote back to Spain in 1590 explaining how the Chinese craftsmen or sangleyes were highly-accomplished in copying images from Spain; “nothing could be more perfect …than some of their ivory statuettes of the Child Jesus which I have seen. Churches are beginning to be furnished with the images which the sangleyes made, and which we lacked before; and considering their ability to copy images which come from Spain, I think soon we will no longer need those made in Flanders”. This ivory, display in Gallery 46 [Europe, 15th-18th Centuries, case 15] allows us to show how these complex exchanges worked as Europe responded to an expanding range of global contacts and came into contact with other cultures and other ways of seeing." There is another ivory bust of this saint in the Walters Art gallery in Baltimore, but this is of extremely high quality. it joins other ivories some of which are newly-attributed to Manila, Sri Lanka and Goa in the British Museum. 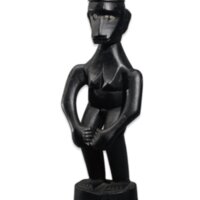 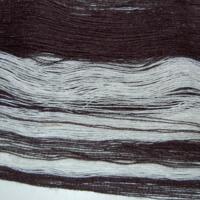 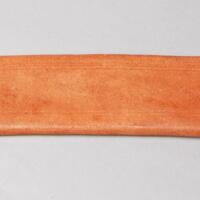 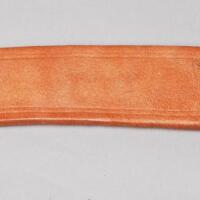