Inventory number 001982
Axes like these were used in war and ritual headhunting by various indigenous groups in the Cordilleras. Due to the context in which they were used, they often exerted a shuddering fascination on collectors, but were also particularly suitable for demonstrating the "wildness" of the manufacturers in exhibitions and thus highlighting the supposed superiority of white Europeans and Americans. Text: Georg Noack.

The history of this object is still to be explored. Text: Georg Noack.
Collection: Moericke; 0068 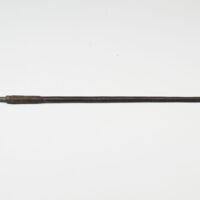 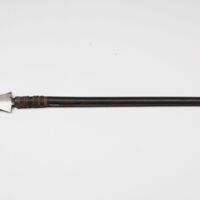 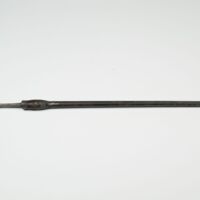 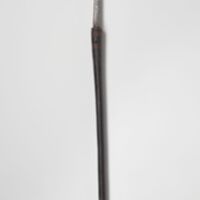 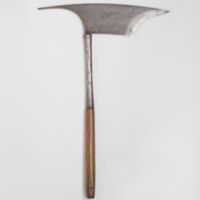