Originally, the origin was given as "Igorot", a generic term for the indigenous societies of the Cordillera of Luzon, but which is now rejected by many due to negative connotations. However, it is currently used in part by representatives of these societies, deliberately given new meanings, in order to emphasize commonalities and to stand up for indigenous interests together. Since the people who were brought to St. Louis by Niederlein from the Cordilleras were Bontoc, it is likely that the object came from the Bontoc.

Exhibit at the "Philippines Exposition" curated by Gustav Niederlein and William P. Wilson as part of the Louisiana Purchase Exposition (informally also known as the Saint Louis World Fair) which took place from April 30 to December 1, 1904 in St. Louis, Missouri. The background to this was the desire to publicly justify the American annexation of the Philippines in the Philippine-American War (1899-1902) by presenting representatives of indigenous minorities as "primitives" and "headhunters" in a presentation in the manner of a peoples' exhibition, making it necessary to do so to demonstrate American civilizing mission. Niederlein, who has already been exhibitions and publications curated on behalf of the governments of Argentina and France as a successful advocate of colonialism and the white appropriation of indigenous territories, was commissioned with William P. Wilson, director of the Philadelphia Commercial Museum, to organize the "Philippines Exposition". For this, 1,102 mostly indigenous people from the Philippines with numerous objects of their traditional material culture - a large focus was on weapons to demonstrate their "wildness" - were transported to St. Louis and exhibited there. Some died there too. Niederlein, who was primarily interested in a Wuerttemberg order, but also an activity in the German colonial service, after the end of the exhibition sent a large number of objects from the Philippines to Graf von Linden. This was combined with a request for a recommendation from the king. Text: Georg Noack. 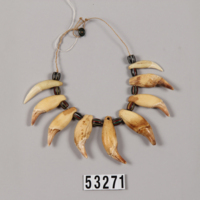 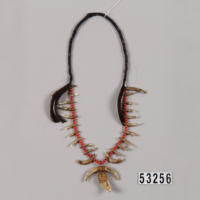 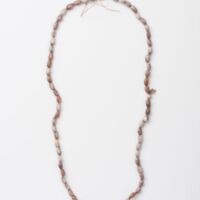 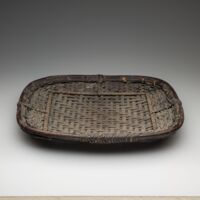