Carved ivory card holder - rectangular, with folding cap on the upper third. Its decoration covers the entire surface, in intricate and meticulous carving of pavilions and woods with small figures. Some golden parts in greenish and reddish hue.

Additional notes:
The exotic rarities of the 16th century imported from the East, rare and of limited distribution, were gradually being replaced by mass-produced and commissioned productions, adapted to European uses and tastes. The flow of eastern imports was increasing from the end of the 17th century, with the emergence of the chinoiserie fashion from the 18th century onwards. These were pieces made in Europe but in the image and likeness of the oriental ones, basically copying from these the purely decorative aspects.

Possibly made in the Philippines, 19th century.

Translated from Spanish by Google Translate
Record accessed Oct. 2021
Edited for grammar by the Mapping team 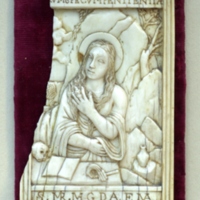 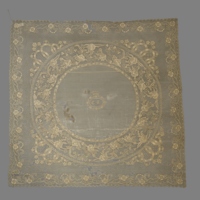 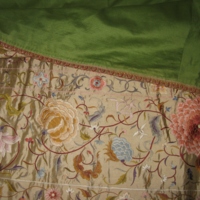 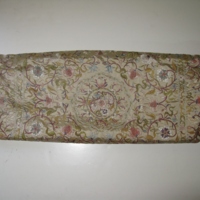 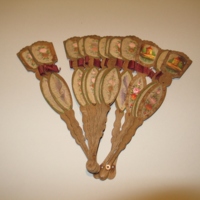