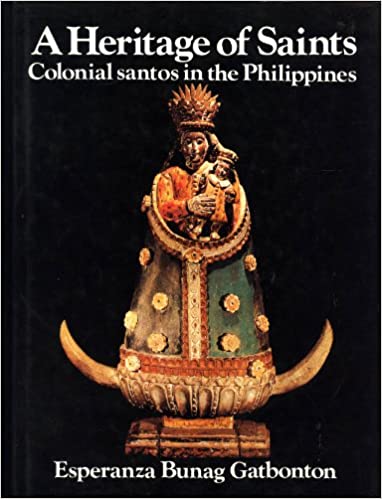 Esperanza Bunag Gatbonton is a writer and researcher on Philippine culture. She has a doctorate degree from the Tri-College of the University of the Philippines (Diliman). She wrote the pioneering study of colonial religious imagery in the Philippines, A Heritage of Saints (1979).

She works in restoration and conservation projects, and was Consultant for General Management and Direction of the Intramuros Administration from 1979-1983. In 1984, she was Field Director of the Archaeological Excavation of the Ayuntamiento in Intramuros (Manila). From 1986-89, she served as Vice Chair of the Governing Board of the Southeast Asian Ministry of Education Organization in Archaeology and the Fine Arts (SPAFA). She has taught at the University of the Philippines (Manila) and the Santo Tomás Graduate School.

She was Project Director of the Centennial Traveling Exhibit: Tilamsík ng Liwanag; and until December 2003 was Consultant and Director for Heritage Sites of the National Commission for Culture and the Arts (NCCA). Her commitment to Philippine heritage conservation was recognized when she was awarded the PAMA-AS Gintong Bai Award for Conservation in 2005. She recently worked as Project Manager of an ‘Escuela Taller’ restoration project at the Heritage Church of San Agustín in the Walled City of Manila and is currently involved in curating exhibits for the Museo de Intramuros.