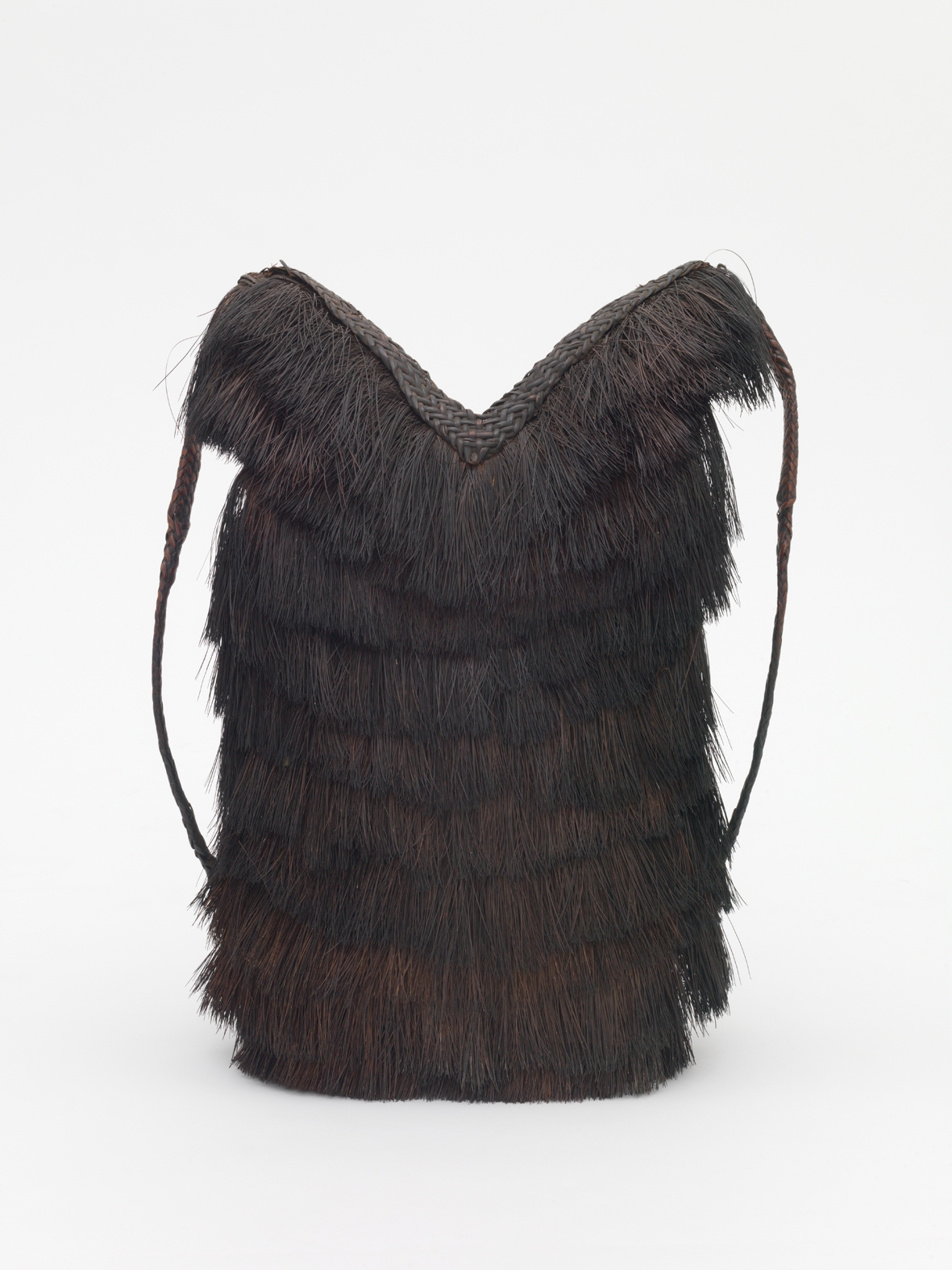 43597: Backpack from the Ifugao, Banaue, Luzon. The backpack was purchased from WIliam Beyer, son of Henry O. Beyer, in 1964.
The Weltkulturen Museum (Museum of World Cultures) in Frankfurt am Main, Germany hosts a collection of about 500 objects from different regions of today’s Philippines. The ethnic groups represented in those collections to name but a few are: Igorot, Moro, Tagalen, Bagobo, Mayayaos, Aëta and Ibilaos (these terms are copied over from the original records).

These objects are part of the museums Southeast Asia collection, which consists of about 11.000 objects mainly from today’s Indonesia. The Philippine collection in turn seems to be one of the earliest collections in the museum and thus has to be seen in the context of the museum’s history.

Present-day Weltkulturen Museum was founded as a civic institution in 1904 bringing together the ethnographic collections of the city of Frankfurt on Main the collections of the Senckenberg Nature Research Society, and of the Society for Anthropology. During WWII major parts of the collections have been destroyed. However, the main part of the Philippine collection which was mainly acquired before WWII survived the bombings.

Today the collection of the Frankfurt Weltkulturen Museum comprises about 65,000 objects from Africa, Oceania, the Americas, Southeast Asia and Europe as well as about 100,000 ethnographic photographs and films. These collections have been developed through various purchases, exchanges with other museums and institutions, donations and furthermore through collecting during scientific expeditions and field research.

Since the 1980s the Weltkulturen Museum has been working closely with international contemporary artists and sees itself as a place of international and interdisciplinary collaboration. 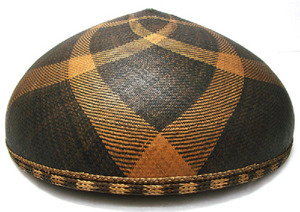 28874: Artfully woven hat woven in multiple layers from materials like leaf fibres, rattan, cotton. Colleceted by August Möckel on Luzon in 1881/1882. Purchased from Martha Gremm in 1932. Collection: Weltkulturen Museum, Frankfurt am Main
The Philippines collections mainly came to the museum between 1904 and the 1930s. Although there has never been field research organized by the museum or its affiliated institutions to the Philippines itself, there are still three major collections of quite interesting provenance: In 1908 today's Weltkulturen Museum exchanged objects with the American Museum of Natural History in New York, and thus acquired about 155 objects from the Philippines. Little is known on the provenance of the objects and there is still research needed to shed light on where the American Museum of Natural History purchased the objects it later exchanged with the Weltkulturen Museum.

Another interesting collection is the one of August Möckel, which consists of 135 objects with relatively detailed information on when and where the objects were acquired, namely 1880-1881 among others in the Baatan and Zambales region. The Möckel collection was sold to the museum in the early 1930s by Martha Gremm. We do not yet know the relation between Martha Gremm and August Möckel, but there are hints that Möckel belonged to a prominent family of hat manufacturers from Bad Homburg near Frankfurt.

Further research on this provenance is still in progress. Yet another collection, which is noteworthy, is the one of William Beyer, who sold some 60 objects to the museum in 1964. William Beyer is the son of Henry Otley Beyer who in turn was a founding academic of  Cultural Anthropology of the Philippines.

The remaining objects from the Philippines were acquired through different art dealers or were donated by private persons. For further information please contact the curator of the Southeast Asia department, Vanessa von Gliszczynski ([email protected]). For more information see weltkulturenmuseum.de.

Browse 526 Items in this collection.